You are here: Home / The Team

The Director’s responsibilities include, but are not limited to the coordination of all EPA mandated programs operated through the Lawrence-Scioto County SWMD.

In addition the District has implemented various programs to support recycling and litter prevention including “Sponsor-A-Site”, “Caught Green Handed”, and “School Recycling” *check out links for more details on these programs. The director is also responsible for oversight of the two county district and is available for presentations.

Seth’s responsibilities include following up on complaints called into the office regarding illegal dumpsites and unsightly properties in the two county District.

The typical approach to a complaint is a site investigation, a citation can be issued and the case goes through the Prosecutor’s office. Most cases result in fines and placement with a Community Service program.

Larry and his revolving crew are responsible for litter collection in Lawrence County. The litter crew consists of himself and residents from STAR Community Justice Center of Franklin Furnace, OH.

Zach and his revolving crew collect litter, tires and other debris from county and township roads throughout Scioto County. His crew consists of residents from STAR Community Justice Center of Franklin Furnace, OH.

Scioto County consists of 611 square miles with 419.73 miles of county roads and 497.52 of township roads. The crew provides other cleanup services throughout the year. 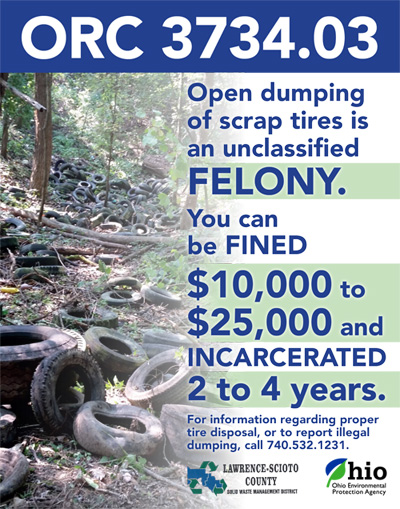 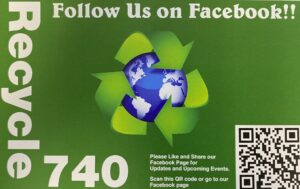